The Gospel in Dark Places 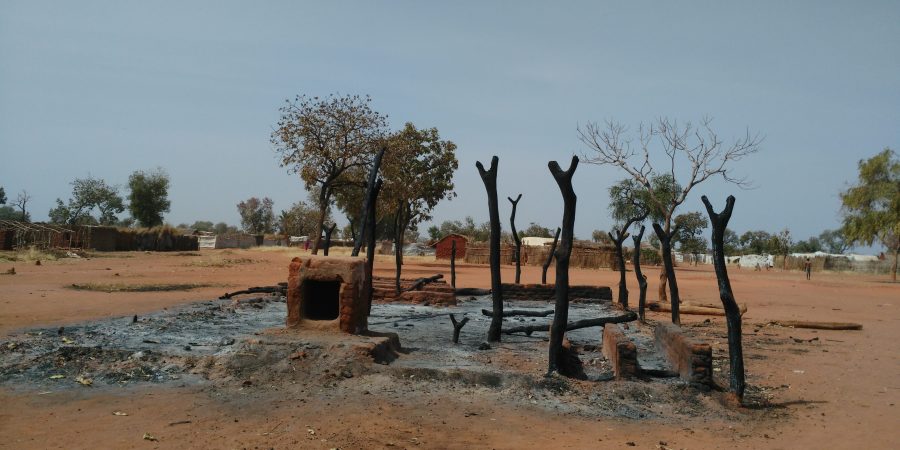 John Becker
GACX
Tweet
Share
WhatsApp
Share
Email
On February 7, 2014, my family and I boarded a plane to Kenya with heavy hearts. We had just heard that Abdi Welli Ahmed, our dear Somali brother and partner in ministry, had been shot dead earlier that day. We had never anticipated that our trip to Kenya was going to include a funeral. Abdi served the poorest of the poor in Northern Kenya and Somalia. He lived among some of the most radicalized terrorists the world had ever known, a place devastated by warlords and clan warfare. Months earlier, I had sat with Abdi planning an emergency relief effort to save tens of thousands of Somalis from starvation during one of the region’s worst droughts. Abdi let his “light shine before men” by way of food and water relief to those on the brink of starvation. He was internationally known and could have lived anywhere. But because he was one of the few Somali Christians in the world, Abdi decided to identify with those with no choice. He lived as an ambassador for Christ amidst enemy clans, severe persecution, and weekly threats on his life.

How can I flee from the ones who need the gospel the most?

“How can I flee from the ones who need the gospel the most?”Abdi once said.  “Who will stay behind to disciple when I run away for my life?” Abdi’s last words in the face of his murderers were, “It is good to be in the hands of El Shaddai (The God who provides).” Love’s last words from one who followed after his Lord and Savior Jesus.

“You are the light of the world. A town built on a hill cannot be hidden. Neither do people light a lamp and put it under a bowl. Instead they put it on its stand, and it gives light to everyone in the house. In the same way, let your light shine before others, that they may see your good deeds and glorify your Father in heaven.”  Matthew 5:14-16 (NIV)

I was reminded of Abdi recently when news reached us that our brother John Njaramba had just been martyred after facilitating peacemaking training in the same region of Kenya. Days before, John emailed a friend, “Am at Garrisa we had a very good peace seminar since yesterday. Heading to Mandera tomorrow. Pray for us pray for Kenya. … Mandera is not that safe for now, but we must preach peace at all cost. John.” The examples of such courageous men should cause us to think about our own commitment to shining the light of the Gospel into the darkest places. Both of these men were engaged in “good works” which shined too bright for those hostile to the Gospel.  These men wanted to see indigenous fellowships of believers emerge where there are very few.

The greatest injustice is Gospel poverty.

Today’s news is saturated with stories of poverty, trafficking, war, terrorism, persecution, famine and environmental disaster.We do not have to look hard to learn about places experiencing the greatest injustices in our world. A common trait in many of these places is that they have the least number of churches, the least number of followers of Jesus.  From a Kingdom of God perspective, the greatest injustice experienced is these places is Gospel poverty. Shining light in these difficult places is hindered by a lack of workers and resources. GACX can change that reality by rallying the church to prioritize these dark places on the globe and light as many candles as we can. Our goal of five million multiplying churches must include the Middle East, North Africa, Central Asia, South Asia, South East Asia, the Sahel of Africa. And it must cover the shanty towns and high-rise apartments of the world’s largest urban centers where the diaspora live. Realizing this will take a concerted effort involving networking, collaboration, partnership development and the sharing of our resources for the good of the Kingdom.  Though there are a growing number of new partnerships, organizations are still tending to work on their own in their historical areas. GACX exists to remedy this problem. A few months ago some of us launched a new strategy to engage the more than 70 tribes of Sudan’s Nuba mountains. We learned that 58 of these tribes are still unengaged by any church planting effort. This is perhaps the most conflicted region in the world, with significant genocide taking place. We met in a large refugee camp on the border. During our week of the meetings, five simple church buildings were burned down by radical fundamentalists within the camp. But more surprising than the close proximity of the persecution was the response of our Sudanese brothers and sisters. Instead of bitterness and anger towards the perpetrators, there was a greater resolve to let their light shine. Not only where the church was already present but among the remaining people and places in their beloved mountainous homeland. Let us match this courage and join with these brothers and sisters in bringing light to these dark places. What steps do you need to take today to help your organization prioritize church planting in these regions of the world so desperate for good news?
Tweet
Share
WhatsApp
Share
Email
Tweet
Share
WhatsApp
Share
Email

John Becker serves as both the Global Strategy Director for AIM International and GACX's VP for Global Networks and Partnerships.