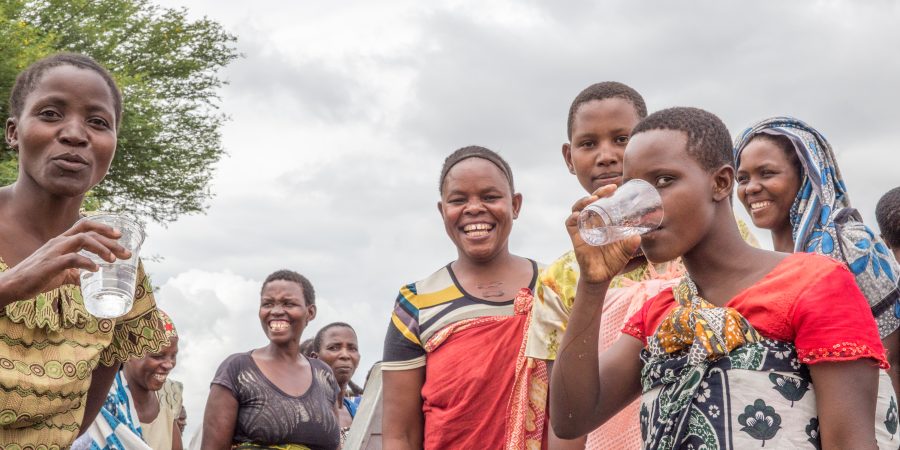 Stories of transported children traveled the Ikindilo gossip circuit like lightning on a chain-link fence. Like any juicy rumor, it grew and multiplied with each telling. According to the tale, children lay down in their beds at night only to awaken in random fields, mysteriously translated by forces unknown and stripped of their clothes. The interior of Tanzania is a “power-fear culture” with an animistic worldview steeped in traditional beliefs. Thus, people in the Ikindilo area accepted the stories with little skepticism. Meanwhile, witchdoctors in the region fed the rumor mill, blaming evil spirits and promising special remedies… for a modest fee.

These practitioners of traditional medicine also perpetuate the common belief that physical ailments are the result of angry spirits, but their hold on their neighbors isn’t as strong as it might seem. While superstitions buzz around like mosquitoes, nearly everyone understands the dangers of contaminated water. This offers Christian workers in Tanzania unprecedented opportunities to evangelize and multiply churches if compassionate action is framed correctly within their power-fear cultural paradigm.

The gospel presented from a “guilt-innocence” paradigm has marginal impact in a society that fears evil spirits. For the same reason, the application of humanitarian aid can frustrate evangelism rather than advance the good news. As outsiders to a power-fear culture, the temptation is strong to debunk superstition and teach villagers the science of microbiology. While an outsider sees these perspectives as mutually exclusive, a power-fear culture embraces both and sees no tension between them. In this context, according to author Paul G. Hiebert in Transforming Worldviews (2008), “No distinction is made between supernatural and natural. All forms of life are interrelated.”

It’s not enough to drill a well, present it to the village as a token of goodwill, and then present the gospel. Great care must be taken to connect the provision of clean water with the gospel message, and it’s crucial to position Jesus as the provider. In these cultural paradigms, audiences perceive the gospel as a challenge to the spiritual power of magic rituals and sacred objects in protecting them from evil.

An effective presentation of the good news carries immense spiritual authority when the audience can see that it rests upon God’s Word and bears the authentic stamp of answered prayers. In his book The 3D Gospel (2014), Jayson Georges writes they “may require power proof, not rational reasoning, to believe the lordship of Christ. People must tangibly see the power of God in daily life. In the power encounter approach, missions is a spiritual battle.”

According to the president of a thriving church-planting ministry in Tanzania, “The water project mission is the heartbeat of missions in these times because it affects many people.” He went on to explain:

When you go to the villages and you bring just a Bible, the reception is no good. Then you go there with tangible stuff, bring the people what they need, and you say, ‘I know you have a problem with water here but God will provide.’

When the door opens for me to send a drilling machine to the village, they say, “What is this man doing?” Then I say, “We are bringing this water to you, free of charge, because Jesus loves you so much He doesn’t want you to die from waterborne diseases. Through prayer, people donated money and decided to bring the water well here for you.”

That grows a crowd!

When Christian workers from another ministry drilled a well in Ikindilo, the residents could barely contain their excitement. At a celebration — grander than any in recent memory — hundreds gathered to sing, play their instruments, and dance. Village officials made speeches, giving thanks to God for providing the well, and Christian leaders led the gathering in prayers of thanksgiving. By that time, just a few weeks after the pump was installed, a church had formed with seventy new believers, and they were busy making plans to reach their village with the gospel. While witchdoctors continue to operate, the village now sees the local church as the dominant spiritual power in Ikindilo.