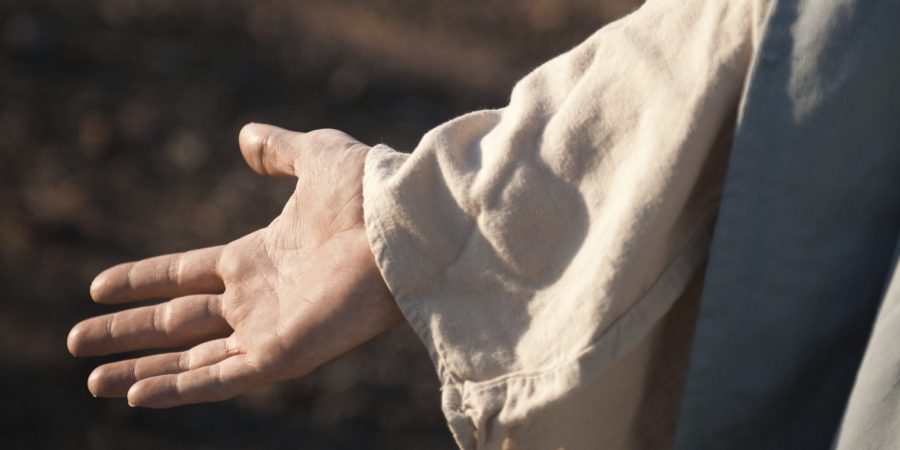 Cesar had been a violent felon. Others in his urban, United States neighborhood made their money selling drugs. He preferred armed robbery and eventually went to prison for it. As we sat on his front porch, he let me know just how violent a man he had become. I’ll paraphrase our conversation:

“One night, somebody almost hit my parked car. Almost. That made me so mad, I followed them to where they were staying, threw firebombs at the back of the house, and shot at them as they came running out the front door.

I didn’t like who I was and I wanted to change. I probably said the ‘sinner’s prayer’ five or six times, every time someone came to my door to explain the gospel and give me a tract. They said Jesus would change my heart, and I kept waiting for the change, but no change happened.  After a while, I started to think maybe Jesus didn’t want me, or it was too late for me, or this ‘salvation thing’ just wasn’t for me.”

By this time, I knew Cesar to be genuine believer and very much a man undergoing radical transformation. Although he would admit he had a long way to go. Once another man in his community showed up to their Bible study swaying and smelling of alcohol; Cesar confronted and punched him out for not taking his spiritual walk seriously. (Transformation is rarely a linear process.)

I asked Cesar what set him on the path towards genuine change.

“A Christian guy moved into the house next to this one. I’m on dialysis and he helped me get to the clinic when my car wouldn’t run. He helped me do the right paperwork to stay in this house when my felony record caught up with me.”

“I would ask him questions about the Bible, Christianity, or morality, and he would say, ‘I don’t know; let’s see what the Bible says,’ and we would look for answers together. He showed me ways I could help my mother and my sister, and how to be a positive influence on other guys in the neighborhood. After a while, I realized, I’m changing!”

The secret to Cesar’s growth has a name: koinonia. The term first appears in the New Testament in Acts 2:42-47 and, according to Dr. Luke, it fueled the expansion of the first church and accelerated the multiplication of others. As believers devoted themselves to the Apostles’ teaching, they shared the burdens of practical living (housing, sustenance, medical care, etc.) As a result, the first church experienced spiritual maturity and numerical growth.

We demonstrate koinonia when we offer humanitarian aid or engage in compassionate action. We are preparing a community to hear, accept, and then live out the gospel together.

At least that’s what we should be doing. Sadly, much of the humanitarian aid provided by Christians is merely “relief” — the provision of aid for immediate physical necessities. Yet while emergency situations call for aid, ongoing relief efforts usually create dependence and rarely offer any lasting impact for the kingdom of God. The phenomenon described in Acts, however, shows how to meet the tangible needs of the poor in a way that quickly becomes self-sustaining and grows stronger as the community matures and expands.

My conversation with Cesar taught me two important lessons about humanitarian aid:

If we bring compassionate action to a hurting population, and we apply it with wisdom, the effect is like tilling compost into the ground before planting.