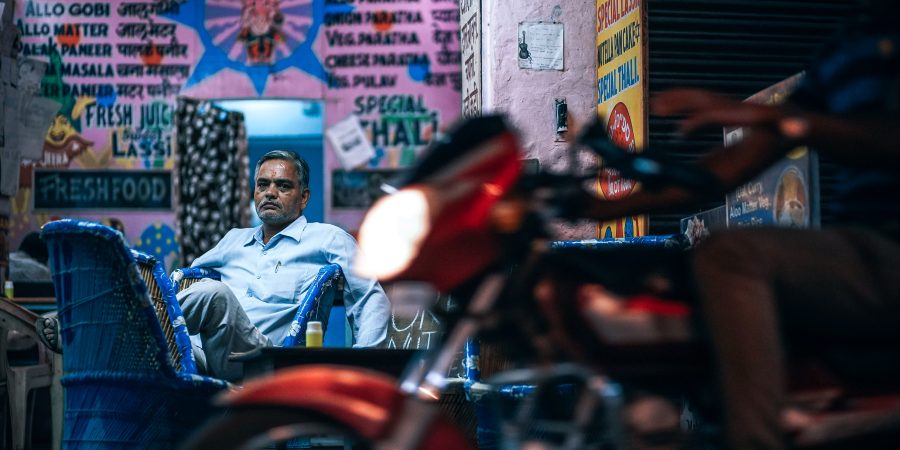 “Two are better than one, because they have a good reward for their toil. For if they fall, one will lift up his fellow. But woe to him who is alone when he falls and has not another to lift him up!” Ecclesiastes 4:9, 10

The Deaf live in every country, yet they are often the last and least-regarded people group in the world. There are an estimated 70 million Deaf people worldwide, and 98% of them do not know God. Not one of the world’s 350 sign languages has a complete Bible. Deaf Christian leaders are even less common.

In 2016, this spiritual depravity surfaced in Nagendu [name changed for security], a South Asian nation that’s highly-resistant to Christianity.

No believers. No Scripture. No hope?

There were no Deaf believers in Nagendu, and no Deaf-led churches. Without Deaf believers or sign language Scripture, the community would have to be evangelized before any translation work could begin. DOOR and APSDA leaders began meeting with local groups to figure out a plan.

At the same time, through conversations with the Issachar Initiative – another partnering organization – DOOR leaders learned that Issachar wanted to feature Nagendu’s Unreached and Unengaged People Groups (UUPGs) in an upcoming Summit. This gave DOOR a natural opportunity to present the needs of approximately 300,000 Nagendu Deaf.

In September 2016, God stirred the hearts of several couples at the Issachar Summit in Lexington, Kentucky. These couples partnered with DOOR, Issachar, APSDA, and the Nagendu Bible Society to lay a foundation so evangelism and church planting work could begin among the Nagendu Deaf community.

A team of Deaf church planters, what DOOR International terms “2-by-2”, moved to Nagendu’s capital city in 2017. After spending a few months learning Nagendu Sign Language (NSL), the Deaf team began community outreach. There are no video resources in NSL, so the team used illustrated pictures to accompany each biblical narrative they introduced to the community.

In October 2017, a group of 13 Nagendu Deaf began meeting regularly with the 2-by-2 team in to learn more about God. Six months later, the group grew to 20 Deaf. More than 50 Deaf have encountered the Gospel for the first time, and 8 Nagendu Deaf have accepted Christ. The 2-by-2 team also started Nagendu’s very first Deaf-led church.

Prior to the team’s arrival, Nagendu Deaf had extremely limited access to God or Christianity. Only one church offered interpreting services to the Deaf. Now, the first pairs of indigenous Deaf evangelists and teachers are receiving training from DOOR’s 2-by-2 team. When their training is completed, one pair will reach Deaf in Nagendu’s capital city. The second pair will move to another large city in Nagendu to begin church planting work.

In an unexpected twist, God used DOOR’s 2-by-2 work in Nagendu to reach Deaf 7,000 miles away. After learning about the team’s work, a Deaf pastor flew from New Zealand to Nagendu and met the 2-by-2 team in-person. Inspired by the team’s work, the pastor plans to return in one year’s time with a small group of believers from New Zealand. They want to encourage and learn from DOOR’s 2-by-2 team.

A new day is dawning for Nagendu’s Deaf community, yet so much work remains. As Christ Himself mentioned in Matthew 9, “the harvest is plentiful, but the laborers are few.”

Would you surround this collaborative effort in prayer? Pray for wisdom and unity among the partnering organizations. Ask the Lord to open doors of opportunity in Nagendu, and protect the efforts of Deaf missionaries from government interference. The Nagendu Deaf, like unreached Deaf communities throughout the world, have lacked access to the Gospel for thousands of years. Reaching them is impossible without prayer.

Secondly, would you consider how your ministry or organization might be involved in reaching Deaf for Christ? DOOR’s leaders developed a white paper outlining common approaches and “best practices” for Deaf ministry. To obtain this resource or for more information about the ministries of DOOR, visit www.DOORinternational.org

Katey Hearth serves as the Communications Coordinator for DOOR International. Her desire is to be a voice for the voiceless and to see the God of justice right all wrongs.