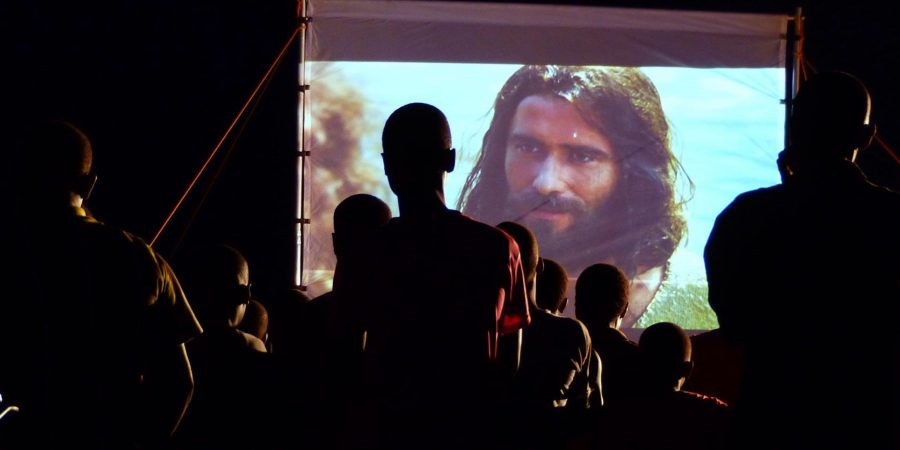 I am a church guy. I planted a church straight out of college with a group of young people who came to faith during my student years. It was part of a “cell group” movement that emphasized the responsibility of every believer to make disciples and start their own group.

I discovered Paul Eschleman’s book, I Just saw Jesus, while looking for material to explain to a high school Bible class that God was alive and doing Book of Acts type miracles in the world today. I don’t know if the book convinced them, but it sure convinced me! God was using the “JESUS” film to heal the sick, drive out evil spirits and, most importantly, bring many people to Himself.

As a church planter, I salivated when I thought of the opportunity that the “JESUS” film presented to plant churches. My experience in the USA had convinced me that the hardest part of planting a church was winning the first generation of disciples to Jesus Christ, getting that first twelve. But people were coming to faith through the “JESUS” film in droves!

In 1996 I packed up my family and moved from Boston, Massachusetts to Central Asia to plant churches alongside “JESUS” film teams in a post-soviet Muslim region. The people had suffered under communism for seventy years and under Islam for a thousand years before that. And I got just that: I was able to help a first generation church emerge in a difficult area.

“Jesus speaks my language. He is my God.” Heart-language makes a difference.

We arrived at a time when Muslims from several countries were trying to reestablish Islam in Central Asia. They told the people, “Jesus is the Russian God. Allah is the God of your fathers.” But as the “JESUS” film was translated into the Turkic and Persian languages of the region, we heard many people say, “Jesus speaks my language. He is my God.” Heart-language makes a difference.

People love stories. The JESUS Film project has found that inviting people to watch the life story of the One sent from God is much more effective than trying to communicate theological propositions. Asking people if they would like to see a film about Jesus isn’t very threatening. People can even watch it in private—and I know from testimonies that many people watch it a number of times.

While I was working in Central Asia, a church-planting campaign in one region of India distributed 600,000 “JESUS” film DVDs and followed up with those who watched. Using it as a door opener, they planted 8,000 churches in an eight-month period.

Because the “JESUS” film is based so closely on the Gospel of Luke, it also fits well with church-planting methodologies based on obedience-based Bible study. That is especially true now that the film has been edited into short clips available on the Jesus Film app.

But perhaps the greatest value of the “JESUS” film can be best measured not in the number of hands that have been raised professing faith in Christ, but in the role it plays in preparing people for faith, enabling them to understand Jesus better and better each time they watch.

I will never forget a Tajik man I met in Herat, Afghanistan. As I began to share with him about my faith in God, I looked into his face, expecting to find the same hardness and suspicion I usually found with folks in that country. Instead, his face was open, and the more directly the conversation turned to Jesus, the more open he became. He prayed that night to become a follower of Jesus. It was only afterward that I found out why he had been so open. He had been listening to a “JESUS” film audio device someone had given him several days earlier. By the time he met me, he was like ripe fruit ready to fall off the tree.

For preparation, for evangelism, and for discipleship, the “JESUS” film has served me well as a church planter. It is oral, it is visual, it’s available in the heart language of 1,430 people groups, and it is the Word of God.

Erick Schenkel is the Executive Director for The Jesus Film Project. He has also lead church planting work in both the US and Central Asia.