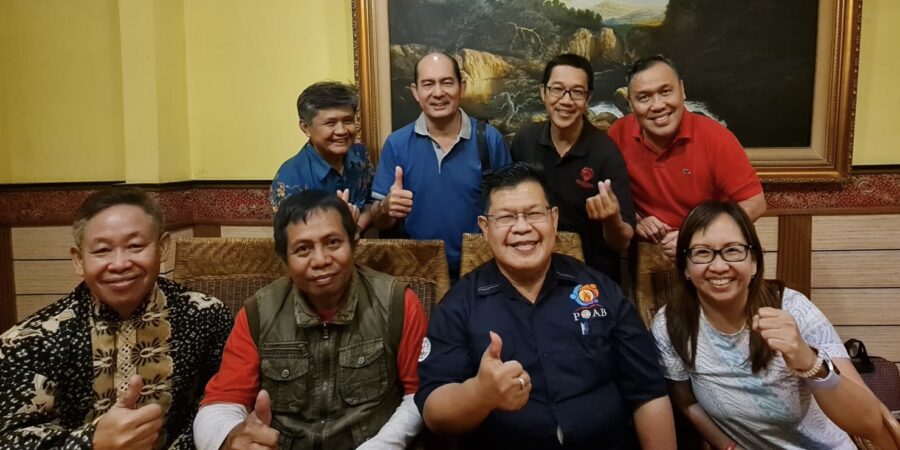 Editors Note: Since the late 20th century, the Church has found itself in a new era of mission. In this article, the author briefly summarizes the tectonic shifts that have occurred in recent mission history, and which are still unfolding today. These shifts include: from western to indigenous, from linear management to holistic complexity, from pastor-centric leadership to mutual polycentric leadership, and from institutions to movements.

Change is a constant in our world. Especially in the last few years, however, it feels that the pace of change is increasing dramatically. I suspect we all know this intuitively. But, as Christians committed to God’s mission to redeem the nations back to Himself, we might less intuitively know how to make sense of it all.

The 2020s have been more disruptive for the Church than any other time perhaps since WWII. It feels as if the entire decade is poised for massive upheavals on the world stage. Pandemics, wars, natural disasters, disinformation campaigns, and xenophobic nationalisms all create an atmosphere ripe with fear and uncertainty.

It is not all bad news though. Since the 1990s, in the midst of the chaos, has come a breakthrough in world missions: the irruption of disciple-making movements in the Majority World. This development has been captured in the volume, Motus Dei: The Movement of God to Disciple the Nations. The scale of the breakthrough, more than 1% of the world’s population (which is currently part of a church planting movement), is staggering.

In 1991 a seminal book published by David Bosch detailed how the Church’s understanding of its mission has transformed throughout history. Bosch proposed that the Church was experiencing another paradigm shift in mission practice and awareness. It wasn’t so much that the world was changing (it had and was), but more that mission itself was changing.

Bosch was not alone in this claim. Leslie Newbigin preceded him. Darrel Guder published the Missional Church in 1998. Further seminal books like The Shaping of Things to Come (2003) by Alan Hirsch and Michael Frost justified the need for missional innovation. Ralph Winter had also written on Three Eras of Mission and proposed a Fourth Era (but was unfortunately persuaded against publishing it (see pg. 294)). David Garrison’s Church Planting Movements (2004) was equally seismic. Tom Steffen published The Facilitator Era (2011). The list of diverse voices goes on and on.

Both the reality and the rationale for this paradigm shift in mission understanding had become clear. Since the late 20th century, the Church has found itself in a new era of mission. Whether you agree it is accurate to conceptualize this as a new “era” or not is somewhat tangential to my point: new wineskins of mission are being realized and utilized today. We might refer to this as a “turn” in missions.

We admire missionary heroes of old like William Carey (1782-1834), Adoniram Judson (1788-1850), and Hudson Taylor (1832-1905). Their examples help tradition us into the faith today. It’s not that all or even most of their mission paradigm was misguided. But we cannot expect to deal with 21st-century complexities using 19th-century exemplars.

Some may even deny that we are in a new era and seek to maintain the status quo. Andrew Walls famously stated that one of the most persistent missionary problems throughout the centuries can be traced to the first church (i.e. Acts 15:1); the “Judaizing tendency” which is “the insistence on imposing our own religious culture, our own Torah and circumcision.”

Of course, we do not all agree on how to describe the new era in which we find ourselves. But the difficulty in describing this new era, both in what has shifted and what still needs to change, should not bother us. On this side of eternity, we only see “dimly” and understand “in part” (1 Cor. 13:12). We need multiple perspectives as well as humility in our proposals.

With that in mind, I would like to briefly sketch my personal view of this new era; that is, the tectonic shifts that have occurred in recent mission history, and which are still unfolding today.

From Western to Indigenous

There has been a tendency for highly affluent and educated evangelical denominations in the West to claim to have figured out how to do “church.” Their resulting mission practice is to package their model of church and export it to the world. Unfortunately, many of these same denominations fail to account for the rapid decline of faithful Evangelicalism in the West. This calls for a holy pause and reflection: to what extent should Western ecclesiology be shared with the nations? God’s Spirit can lead Majority World Christians to biblical applications that fit their context better than imported theology and practices from the West.

The colonialist construct of mission, “from the West to the rest” has been replaced by the rise of indigenous mission structures and theologies. Don’t misunderstand me: the sending of Western and non-Western missionaries is still vital today, especially to unreached and unengaged peoples (regardless of geography), but the posture is much different than assumptions of the previous era. Westerners may serve as catalysts and encouragers, but they are not the center of the story.

From Linear Management to Holistic Complexity

Related to this discussion is the Enlightenment fallacy that all problems can be solved, including mission. In previous eras the goal was to engineer a mature church, and only after that had been accomplished, to attempt to increase its capacity to multiply. In other words, the goal was to make disciples by planting a single healthy church first.

Jesus modeled a different approach: less linear and more holistic. He spent time with the marginalized, healed and cared for the poor, asked a lot of insightful questions, proclaimed to crowds, and mentored his friends. In short, Jesus made disciples who made disciples. He did not “plant a church” using the methodologies that some would advocate for today.

In Jesus’ process of disciple-making, his disciples grew cognitively, affectively, and behaviorally, all at the same time. They started serving in ministry immediately, thus growing towards maturity. “Church planting” naturally resulted from non-linear, holistic disciple-making through much sacrifice and commitment.

Embracing complexity in this new era of mission is an exercise in epistemic humility. We cannot claim to manage mission any more than we can manage Jesus: he is our unpredictable, wild Messiah. Like him and the Apostle Paul, we make disciples in order to plant churches, not the other way around.

We need to rethink today’s typical, pastor-centric ecclesiology; it sure is a lot to ask of one person. Thankfully, mutual polycentric leadership is not a hierarchical structure (nor a flat structure) but one with many centers that interrelate with each other. It involves leaders who share responsibility and engage in both leading and following in mutual submission. The Reformation reclaimed the priesthood of the believer in theory, but the new era attempts to reclaim it in practice. It is this kind of decentralized leadership that is best poised for healthy multiplication, and to this final shift we now turn.

From Institutions to Movements

One summative way to describe what I have written up to this point is the turn in mission to movements. By this I mean disciple-making movements. Church-planting movements. Holistically-transforming, indigenously-led, organically-complex, ecclesiologically-adaptive, gospel-propelled, God-glorifying, Bible-based, Holy Spirit-dependent, Jesus-centered movements.

In the previous era, biblical faith was all too easily conceived and practiced in its institutional form. Yet today we see ways in which the Church is breaking free of its Constantinian captivity. The adaptive ecclesiology witnessed in movements provides evidence of this. “Church as institution” is shifting to “church as movement.” Institutions remain vital to mission, but they should serve movements, not vice versa.

By nature, healthy movements are missiologically and theologically integrative. They bring Global North and Global South participants together in a proper dynamic. Leadership moves beyond the autocratic, celebrity style of leaders-with-all-the-answers. Instead, movement catalysts bring people together to experiment and innovate according to the opportunity and need.

We shouldn’t be surprised that these four shifts are much closer to the New Testament than the practices of the previous era. We are in a period when we are joyfully re-discovering biblical-movemental principles. Actually, perhaps we can see that movements are more of a “normal” approach to mission, rather than an exception. And instead of thinking of the 2020s as disruptive, we might better view it as a catalyst for freeing the Church to connect with the movement of God.

In the Motus Dei Network, we treat this movemental turn as a new vintage with new wineskins. The task isn’t to merely imitate Western Christian heroes of previous generations. The aim is to recalibrate faith afresh to the teachings of the Bible and especially the person of Jesus Christ. There is no one better and nothing more exciting.

This article was originally published by ABTS and is re-posted here by permission from the author. To read the original article, click here.

Warrick Farah is a facilitator of the Motus Dei Network, and the editor of Motus Dei: The Movement of God to Disciple the Nations.