Witnessing the Fruit of Partnership 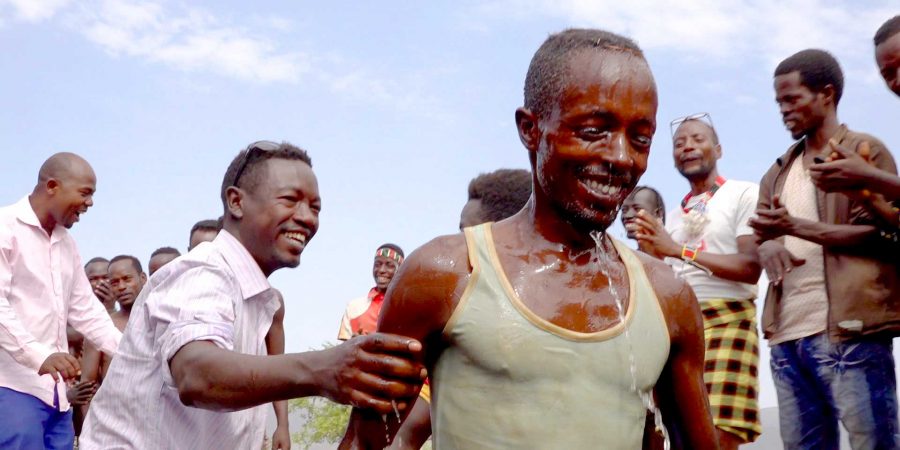 We were bouncing along the dusty washboard roadway of southern Ethiopia when suddenly, unexpectedly, we jerked to a halt. Men jumped atop our Range Rover and began strapping down yellow 5-gallon containers of water. “Of course!” I thought. “Water is precious in this desert climate, where 100 degrees is a common afternoon temperature.”

But it wasn’t for drinking water, as I soon found out. Two hours later these containers filled a makeshift baptismal, cut 2 feet deep into the red-clay ground and layered with a blue tarp. Singing and rejoicing filled the air while 20 new Christians lined up to follow Christ’s command to be baptized. One by one, these enthusiastic Africans publically confessed that they had become Christ followers—in just eight inches of water!

On the outside, the process seemed simple enough. Two GACX members (New Covenant Missions and Horn of Africa Mission) had recently begun a partnership in the South Omo region of Ethiopia. They’d followed the steps of evangelism and church multiplication that God had given, and the Holy Spirit moved in the hearts of those who heard the good news. But later, through interpreters in tiny mud and thatched huts, I hear the rest of the story.

These new Christians explained that although now saved by grace, they were not saved from persecution. Some had lost families, friends, and homes in order to follow Christ. Their stories reminded me that the enemy is real and he doesn’t let go of God’s children without a fight. As a result, these new, multiplying churches often become the only family a new believer might have.

It was amazing to see these babes in Christ rejoice through their suffering, make public confessions of faith while experiencing rejection, listen to the words of Jesus through audio Bibles and watch the “JESUS” film, all the while knowing their choice may result in violence. They could be ostracized and lose their husbands, wives, or children. But within their small house churches, they find new family members—brothers and sisters in Christ—to fill the void.

These bonds, created by God’s immense love, are New followers of Christ form a line for baptism. Eager disciples listen to an audio Bible in the Hamar language. stronger. These followers uplift one another, praise the Lord side by side, and through a discipleship process learn of their heavenly Father’s sacrifice as the penalty for their sins. They are obedient in sharing their faith with others.

Within the welcome shade of the small hut, my mind wanders to envision how colorful the throne room of God will be. All suffering will be gone. Tears will turn to joy. All nations and tribes will be represented. And I will again come face to face with these same precious men, women and children from the Hamar tribe. But we will no longer need an interpreter. They will be my brothers and sisters, singing together in unison, worshiping our Father as His children for eternity.

Torry Norling is a videographer serving the GACX team and other ministries.